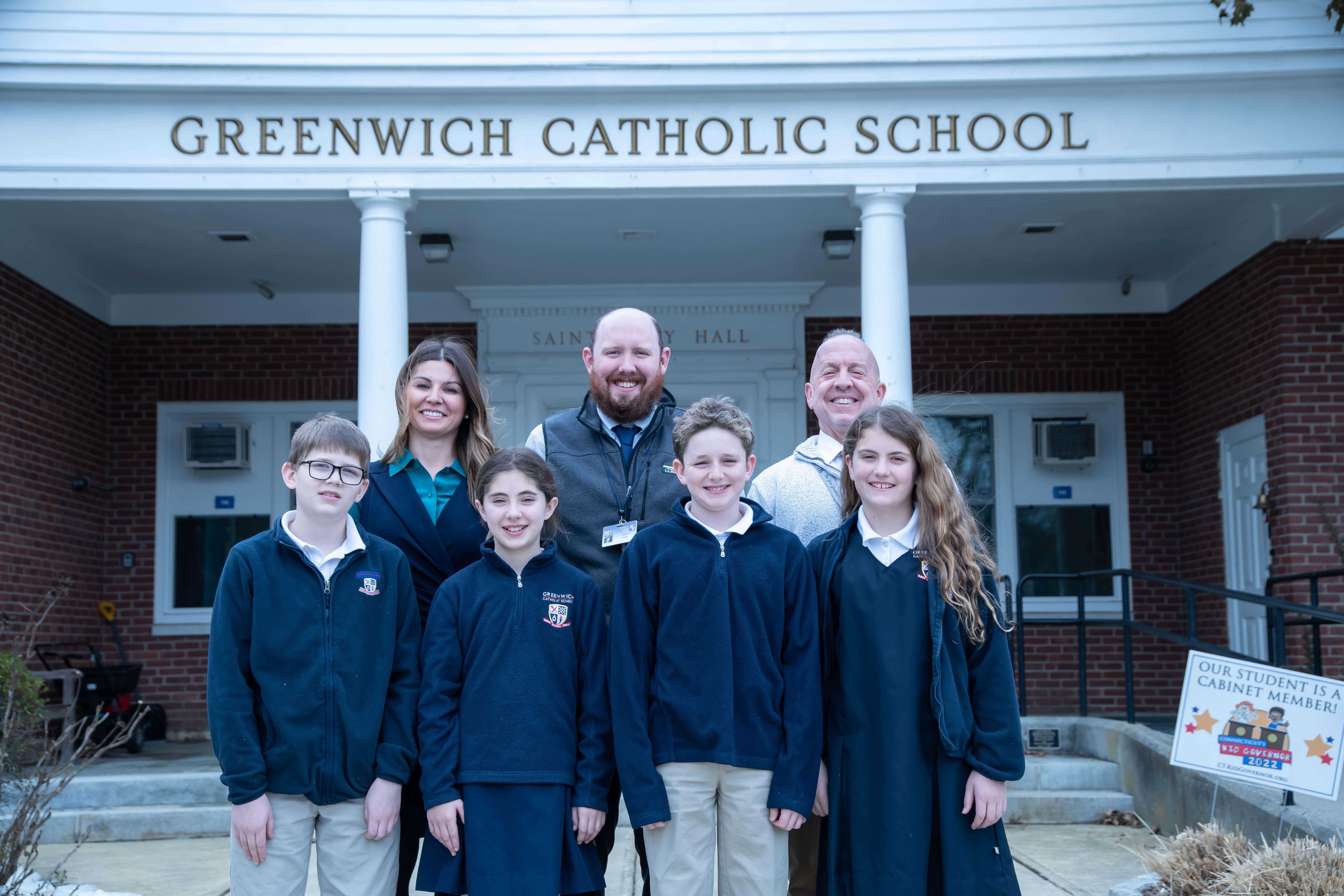 Greenwich Catholic School was founded in 1970—an ambitious merger of seven schools that resulted in the first regional Catholic school system in the US. The bold move was a strategy to secure the future of Catholic schools in the area—addressing the declining enrollment in small neighborhood schools and committing to the unique value of Catholic education.
Under the direction of the Diocese of Bridgeport, Greenwich Catholic School served the local parishes of Saint Michael, Saint Mary, Saint Catherine, Sacred Heart, Saint Paul, Saint Roch, and Saint Agnes. In 1991 GCS moved from its original location on Stanwich Road to the former home of St. Mary's High School on North Street. This beautiful 38-acre campus has undergone many upgrades since then and today offers exceptional facilities to the GCS school community as well as many local organizations.
The ability of GCS to consolidate parish schools, deliver a values-based Catholic education known for high academic achievement, meet the developmental needs of a diverse student population, and solve the existential Catholic school threat of the 1960s, continue to make it the gold standard for regional Catholic schools around the country.
On July 1, 2018, Greenwich Catholic School officially became an academy, and a newly appointed Board of Directors assumed their responsibilities.